Existential therapy is one of comparatively young, but at the moment actively growing paradigms of psychotherapy. It emerged in the third decade of the 20th century as an attempt to reflect on the principles of psychoanalysis in the new light of philosophical anthropology, first of all, of the fundamental work by Martin Heidegger „Being and Time“ (1927). Now existential therapy is a rather diverse school with quite a few theories being dominant in its field, most prominent of which are Dasein-analysis (Ludwig Binswanger, Medard Boss, Alice Holzhey-Kunz), logotherapy (Viktor Frankl, Alfried Lӓngle), American humanistic-existential psychotherapy (Rollo May, James Bugental, Kirk Schneider), British existential analysis (Emmy van Deurzen) and existential phenomenological therapy (Ernesto Spinelli).

From the very beginning, the practice of existential therapy has been closely related to philosophy, since it is based not on some psychological theory of personality, but on philosophical understanding of man. A human being is understood not so much as a combination of relatively stable mental processes, intrapsychic structures and qualities, but as a being-in-the-world (Dasein, using Heidegger‘s term) that is ever becoming, changing, developing, as a process of life evolving in indefinitely variable contexts, which is finite time-wise and comprising the self and the world as indivisible wholeness.

Existential therapy employs the phenomenological method as a foundation of its work, and this defines the position of the therapist in the process of therapy – the therapist is to apply phenomenological reduction, which means restraining one‘s inner attitudes and beliefs, theoretical background and worldview with the goal to be able to explore and describe the client‘s experience without any bias; the therapist maintains such „un-knowing“ position, avoids attempts to explain anything and strives to view all aspects of the client‘s experience as potentially significant for his/her understanding.

Existential therapy aims to explore, how each unique person creates his/her individual ways of life, what possibilities he/she can see and which of them chooses, how he/she relates to limits and boundaries imposed by nature or life situations. One important aspect to be explored is the client‘s relation to existential „givens“, universal features of human existence (finiteness of life, historicity of being, relatedness to other people and most diverse contexts of existence, inevitability of choice, conditions of freedom and responsibility, anxiety as inherent modus of human existence, striving to find meaning in one‘s experience). The process of therapy is based on building and continuous exploration of dialogical therapeutic relations which allow insights into reflections of the client‘s difficulties. The process of existential therapy is focused on the client‘s present, while his/her past and future are considered an important and integral part of this present.

Existential therapists do not apply any special „existential“ methods or techniques, they only use universal therapeutic skills (listening, questioning, reflection of feelings and content, etc.). It is essential that therapeutic work helps to better „illuminate“ the client‘s life story or his/her existence at that moment in life.

Thus existential therapy appears to be a unique combination of philosophical worldview, the therapist‘s phenomenological stance and his focus on present experiences and therapeutic relations. It seeks to help the client to explore and understand his/her difficulties, to become more genuinely aware of them, to view his/her daily life and its perspectives more realistically, to choose more productive ways of life and accept responsibility for these choices.

In Lithuania, since 1996, the Institute of Humanistic and Existential Psychology (www.hepi.lt) offers training in existential therapy. In 2015, the training programme, as well as the Institute itself, was accredited by the European Association of Psychotherapy. In 2000, the East European Association for Existential Therapy was founded and registered in Lithuania; at present it has over 300 members from Lithuania, Latvia, Estonia, Russia, Belarus, Ukraine and other countries.

Rimantas Kočiūnas is Professor at the Vilnius University, Director of the Institute of Humanistic and Existential Psychology, Secretary General of the East European Association for Existential Therapy. 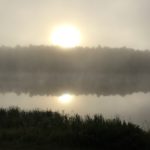 Statement regarding war in Ukraine